Only a few days until the promised Blueprint System Day Wowww! We didn't forget! Here we bring some fixes and adjustments today.

Oh.. yes I have another good news for you: You won't have to restart a new game for the coming Blueprint Patch ;)!

We fixed some bugs today. Definitely had nothing to do with yesterday's patch!

[Note: This update adjusted the recipe of battery, rare ore, and fuel rod. Check your assembly line if there's some!]

New updates, a step closer to the Blueprint! In addition, we are continuously optimizing the operation experience of the conveyor belt construction. In consideration of the coming system and its stability and balancing, please understand that some ‘good’ bugs that you are using may be fixed in the near future.

[Pickup: This update adjusted the recipe of battery, rare ore, and fuel rod. Check your assembly line if there's some!]

Hey engineers, we made a hotfix on electricity grid.

Before the 4th update log in this week, I would like to introduce the MINIMUM requirement of being visible (the threshold to see yourself appear) on Milky Way:

Devs have urgently fixed the main problems. But the traffic to the Milky Way view is still congested. Please try again after awhile.

A message from the developers

We have reached the start of Civilization Type III. In the future, the Dyson Sphere Program universe will become even broader because of our joint efforts.

Before we go to the update log, CentreBrain wants to send you some special tips that will affect your game progress: 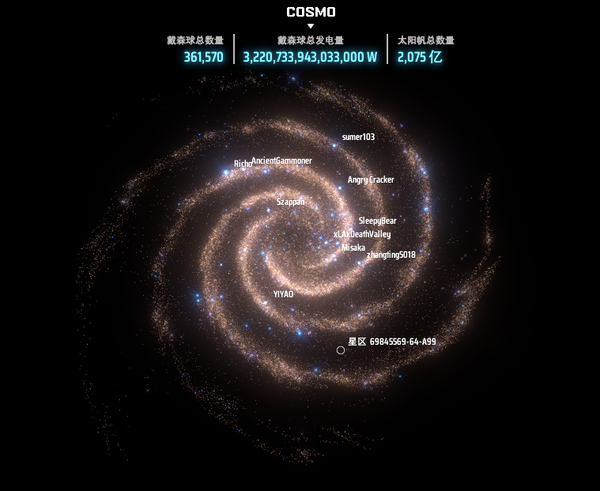